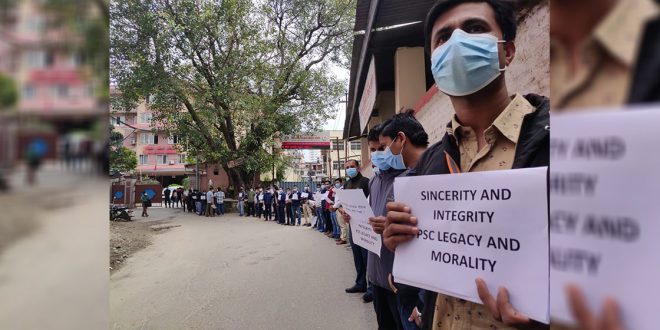 Examinees of the Public Service Commission (PSC) examinations have taken to the streets demanding immediate publications of the final results of the section officers.

The final result of the examination of section officer candidates has been delayed following the Supreme Court’s order even though their interview tests have been already concluded. 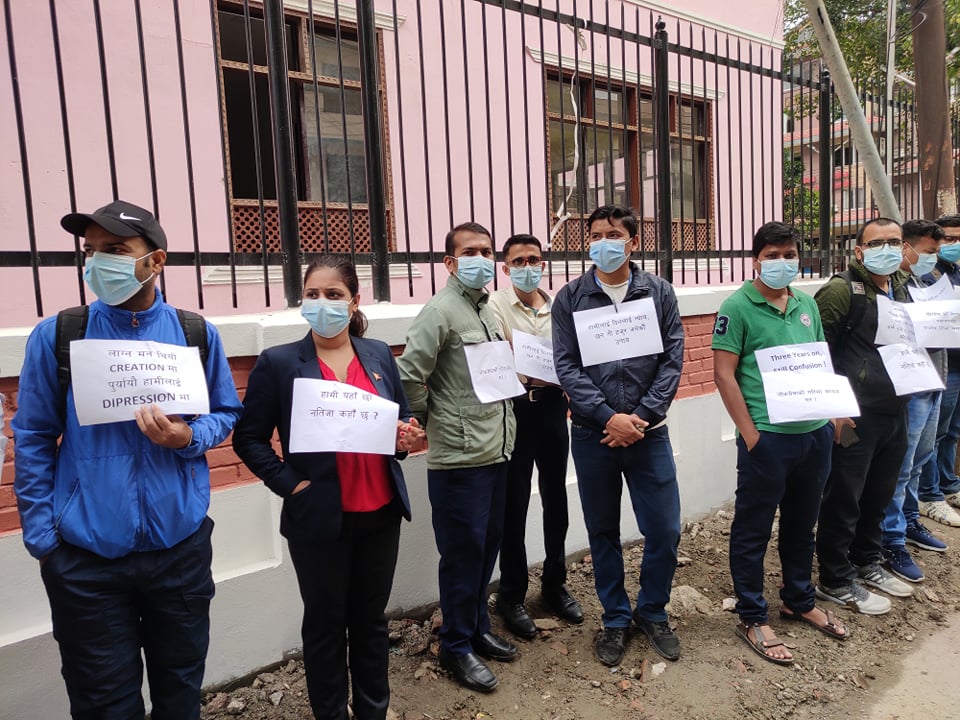 Demanding the announcement of the final results, as many as 639 examinees staged protests in front of the Public Service Commission office on Monday. They have maintained that the delay in publishing the results by such a respectable organization is unacceptable.

Agitators have demanded the results to be published immediately if the PSC wants to maintain its public trust and dignity among people. They have accused the PSC of not publishing the results as per the rules and regulation even after the completion of all the examinations. 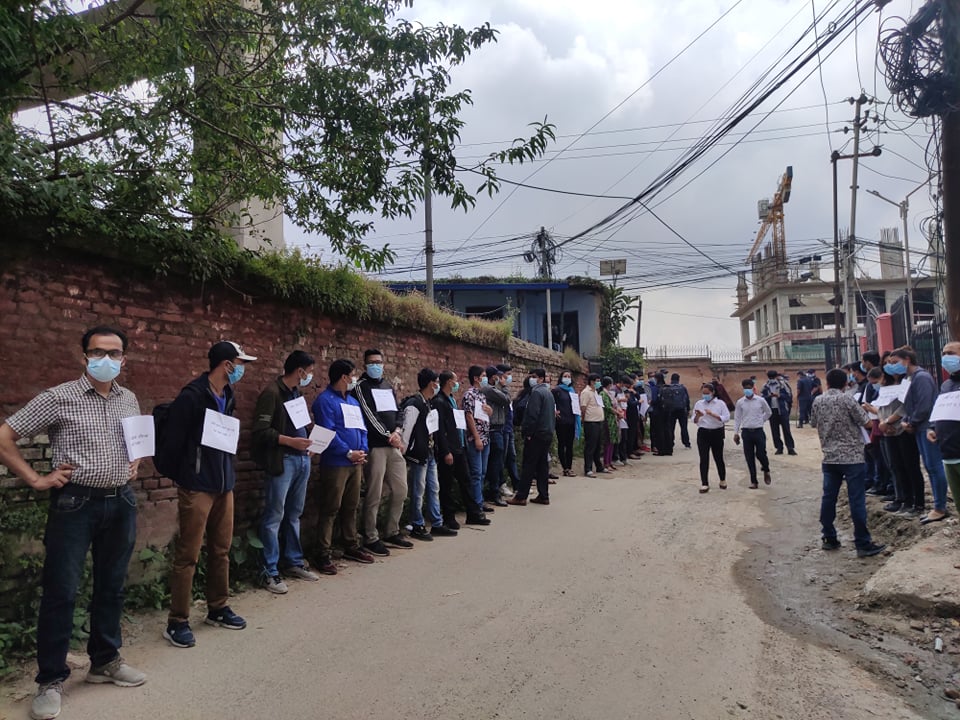 The agitating protestors claimed that they have lost much of their time and investment due to the inordinate delay of the PSC to publish the final result even after three years.