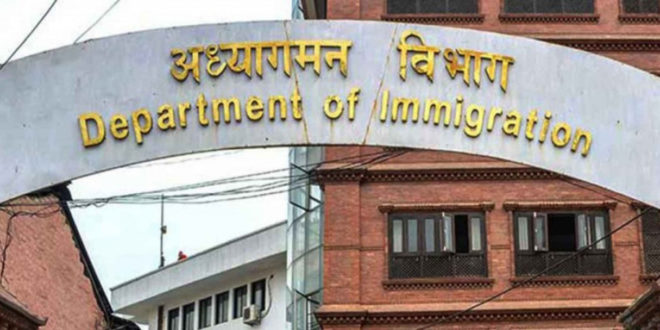 Making English language proficiency mandatory smacks of colonial mindset. Academic qualification must not be made the essential requirement to obtain visit visa.

The amendment recently proposed by the government on labour migration laws saying that it is meant to curb human trafficking and regulate visits of Nepalis. However, this amendment will not just restrict the freedom of movement of Nepalis but also increase the use of informal channels. Above all, the new proposal on immigration procedure on visit visa is a reminiscence of the oppressive rules created as a knee jerk response on issues that the current government showcases time and again.

We believe that the proposed rule on visit visa will be hard to implement. There will be those who will suffer from unintended impact of these policies. In this article, we explore the possible consequences if such laws indeed come into effect.

Restrictive foreign employment policies towards women have already increased the possibility of women trafficking. The proposed change in laws might trigger such tendency in extreme level. In Nepal, women are seen to be more reliant on local agents as far as making their decision for foreign employment is concerned. Proposed immigration policy can easily push them in to the grip of fraudsters.

Blanket ban on domestic help sector in Gulf countries had made Nepali workers more vulnerable to threats in destination countries. Despite the news of exploitation and other threats to workers in general, women workers were relatively safer. So, many used illegal routes to reach destination countries. The ban was ignored by many and they took perilous journey, as it provided them hope for future. Nepalis started to use Indian airports for going abroad after the introduction of ban. The immediate knee jerk reaction to this was to introduce new restriction which didn’t allow them to go to Gulf countries via India. The respite was short-lived as Myanmar became a new route to go to the Gulf countries. On February, 2020, Manipur Police intercepted journey of 147 women and 32 men. It shows that banning use of certain routes only provides smugglers to find other routes immediately.

Aspiring migrant workers, especially women, who are unable to obtain working visa are often seen opting for visit visa but the proposed policy restricts them from doing so. As a result, they might fall into the hands of human traffickers/smugglers as they will not meet formal requirements to go to destination countries.

Most people to go to Gulf countries and Malaysia on visit visa for working are men. With this new restriction, human traffickers and others will look for other avenues where men will also have to travel more and take dangerous routes.

Even if the intention of the government is controlling human trafficking through restriction on visit visa, Nepal’s track record of implementing such procedures is dismal. Under the new policy, government employees will find a lot of space to create hurdles for Nepalis wishing to visit places.

It is an open secret that the traffickers operate in collusion with the government officials. With the new policy in place, the unscrupulous officers will find a way to reward the trafficking racket or coerce money from those who are desperate to visit the foreign countries. Bribery is going to thrive. On top of that, the rule requiring security clearance from government and securities agencies is a reminiscence of autocratic system where the ruler controls free movement of the citizens.

Making English language proficiency mandatory smacks of colonial mindset and this cannot be the factor to decide who can go abroad and who cannot. Second, academic qualification must not be made the essential requirement to obtain visit visa. One should be able to enjoy the freedom of movement, irrespective of his/her language proficiency or educational level.

The amendment plan is flawed also because it does not take into account the current trend in foreign employment. With increasing number of Nepalis looking beyond traditional destination countries, the government had an opportune moment to make these destination countries safer for Nepalis. The exception to African countries on visit visa is glaring oversight, considering people going to African nations are in trouble and there is news of them being rescued.

Today’s dynamic society requires government to be on an edge while trying to create solutions to the problems. It requires a long and serious study and analysis of the issues so that practical solutions can be found to address the problems.  source : myrepublica