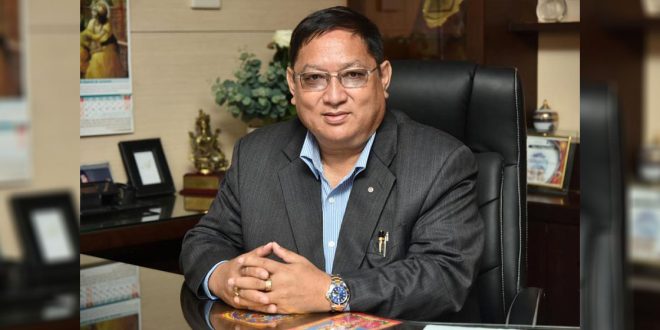 Umesh Shrestha, Minister of State, the Office of the Prime Minister and Council of Ministers, has said that the government is preparing to increase the perks and benefits of the doctors working at government hospitals so that they do not have to work at private hospitals and clinics.

Speaking at a program organized after the monitoring and inspection of Shivanagar Primary Health Center, he said that the perks and benefits of doctors working at government hospitals would be increased. He said, “The government is trying to prevent doctors working in government hospitals from serving in private sector hospitals and clinics.” Also a former Minister of State for Health and Population, Shrestha said that a committee has been formed for this and necessary homework is being done.

He also stressed that hospitals should be built in a place where people can get services easily and where doctors can go and stay. Stating that the construction of municipal level hospitals is underway in 753 municipalities and rural municipalities across the country, Shrestha said that proper planning should be done while constructing hospitals. He said, “People should make proper plans for what work should be done in 100 days, 6 months and a year and the public should get services easily.”

Baburam Dahal, vice-chairman of the hospital management committee, Prakash Gurung, ward member and Dr Sagar Poudel talked about the hospital at a program chaired by Om Prasad Pokhrel, ward chairman of Bharatpur Metropolitan City-14. Shivanagar and Shardanagar health centers have been developed as municipal hospitals and brought into operation.