Home / Business / No one from Afghanistan will address world leaders at U.N. 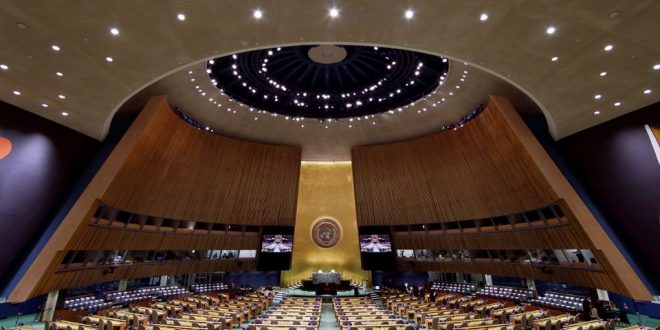 No one from Afghanistan will address world leaders at U.N.

No representative from Afghanistan will address the annual high-level U.N. General Assembly in New York after the ambassador for the government ousted by the Taliban – who was due to speak on Monday – withdrew his name.

The move comes as the ambassador, Ghulam Isaczai, and the Taliban, which seized power in Afghanistan last month, have made competing claims for the country’s U.N. seat in New York.

U.N. accreditation issues are dealt with by a nine-member committee, whose members include the United States, China and Russia. The committee is not due to meet until October or November and until it makes a decision, Isaczai remains in the seat.

Isaczai had been scheduled to address the final day of the high-level U.N. gathering, but withdrew late on Sunday, diplomats said.

It added that Isaczai would continue “activities as usual” at the world body.

But Muttaqi will not be able to address the high-level meeting because the credentials committee has not yet met to consider who should sit in the Afghanistan U.N. seat.

When the Taliban last ruled between 1996 and 2001 the ambassador of the Afghan government they toppled remained the U.N. representative after the credentials committee deferred its decision on rival claims to the seat.

Eventual U.N. acceptance of the ambassador of the Taliban would be an important step in the hardline Islamist group’s bid for international recognition, which could help unlock badly needed funds for the cash-strapped Afghan economy.

U.N. Secretary-General Antonio Guterres has said that the Taliban’s desire for international recognition is the only leverage other countries have to press for inclusive government and respect for rights, particularly for women, in Afghanistan.

Russia’s Foreign Minister Sergei Lavrov said on Saturday that international recognition of the Taliban was not currently under consideration.

Rival claims have also been made for Myanmar’s U.N. seat after a military coup in February ousted the elected government. No representative from Myanmar will address the high-level General Assembly meeting.

Diplomats said China, Russia and the United States had reached an understanding, where Moscow and Beijing would not object to Myanmar’s U.N. envoy Kyaw Moe Tun – representing the ousted government – remaining in Myanmar’s U.N. seat for the moment as long as he does not speak during high-level week.

2021-09-28
Share
Previous Know Dashain offers and schemes of 9 best two-wheeler brands in Nepal
Next IPOs of 20 companies worth over Rs 5.90 billion on pipeline