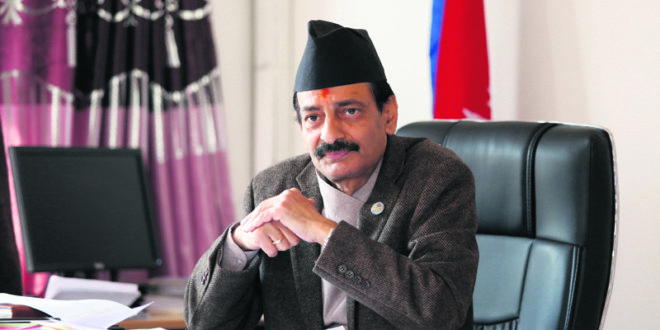 Nepali Congress leader and former minister Nabindra Raj Joshi, who is receiving treatment for a brain hemorrhage at Norvic International Hospital, is in serious condition, said the hospital.

According to  Somnath Bastola, chief of the hospital’s Corporate Communications and Public Relations Department now Joshi is on a ventilator support.

Initially, his health had improved after treatment but now he is in serious condition, according to the statement.

“He was taken out of ventilator support after his respirator system functioned well.

But he has now been on a ventilator support again after his health worsened,” read the statement.

Joshi aged 56 was admitted to the hospital on February 26 after he suffered a brain hemorrhage.