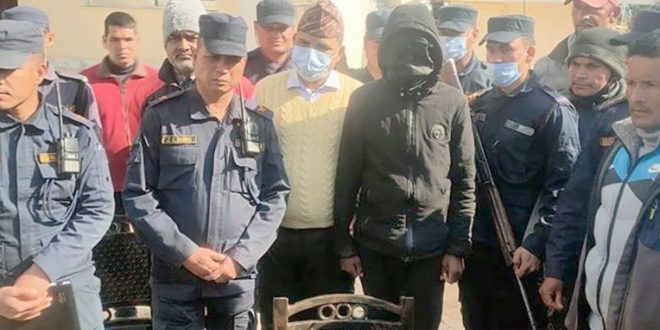 A 17-year-old Bhagarathi Bhatta of Dogadakedar Gaonpalika-7 of Baitadi has been arrested in connection with the incident. Among the victims is 17-year-old Dinesh Bhatt.

According to the police, he has admitted that he did it himself. In the course of proving the statement, Dinesh has said that he did what he wanted to do to get revenge on his aunt.

Citing Dinesh’s statement, a police source said, “Bhagarathi’s father had treated my aunt badly. To avenge that, I ran down the street and was strangled. But it is not done by force. ” Yes, after that, he even pulled out the battery of Bhagarathi’s mobile and threw it away, he said. A police source said that he initially threw away Bhagarathi’s book and then pushed him.

Bhagarathi, who is studying in class 12 of the local Sanatan Dharma Madhyamik Vidyalaya, had not returned home from the school till the evening of the previous day. She was found dead in the area of ​​50 meters inside the unpaved road on the morning of the 22nd. In the medical report, it has been revealed that the incident took place after Bhagarathi’s death.

He is a relative of Dinesh Bhagarathi. The incident took place between 2:40 pm and 2:47 pm on April 6. A special team of Central Bureau of Investigation, State Police and District Police Office, Baitadi was deployed to investigate Bhagarathi.