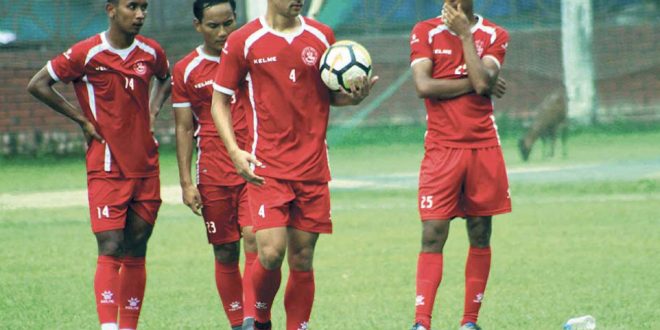 Nepal is taking on India in the final game of the 13th edition of the South Asian Football Federation (SAFF) Football Championship at 8:45 PM tonight.

India is a seven-time SAFF championship winner. In 22 matches against India, Nepal has won just twice to its southern neighbor.

The two teams played two back-to-back international friendly matches in Kathmandu in the first week of September. In the first match, the match ended in a draw while India won the second match by 2-1.

Nepali team made it to the final after the last group match held between Nepal and Maldives also ended in a draw. Similarly, India defeated Bangladesh by 3-1 in its last match of the group stage and reached the final.