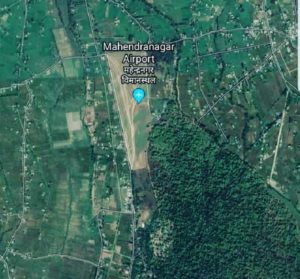 Federal, provincial and local governments have signed an agreement  to resume flight operations from Mahendranagar airport located in the Kanchanpur district.

Mahendranagar airport was established in 1963, with flights to Nepalgunj operated from the airport.

However, the airport has remained closed for more than two decades. According to CAAN DG Pokhrel flight resumption in the airport will especially benefit the locals of remote areas of Sudurpaschhim provinces.

Moreover the airport is at a distance of just 3.5 kilometres from New Delhi, India.

Thus, CAAN is also planning to upgrade the airport area as dry port.

Speaking during the event, Tourism Minister Dhakal vowed that the federal government will provide all kinds of assistance to upgrade this airport and bring it into full operation.

“There is a trend in our country to construct or resume operations of airports during the election period to influence the public,” he said, “However, Mahendranagar airport does not have any relation with the election. Analysing the possibilities of this airport, the government has decided to bring it back into operation.”

He further urged all the concerned stakeholders to work together effectively to operate the airport in consideration of the future prospects as well.