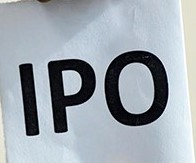 Madhya Bhotekoshi Jalavidhyut Company Limited (MBJCL) is a public limited company incorporated on July 29, 2010. The company is promoted by Nepal Electricity Authority (NEA) (A GoN Corporation) and Chilime Hydropower Company Limited (CHCL, 51% subsidiary of NEA) for setting up 102 MW run-of-river, Middle Bhotekoshi Hydroelectric Project in the Shindhupalchowk district of Nepal. The project is constructed under BOOT (Build, Own, Operate, and Transfer) mechanism. As per the Generation License, from GoN- Ministry of Energy, dated December 03, 2013, the project shall be handed, on whatever conditions the project is, to the Government of Nepal after the expiry of the generation License, which is 35 years.

Applications can be placed for a minimum of 10 units to a maximum of 10,000 units.

Global IME Capital Limited has been appointed as the issue manager.

CARE Rating Nepal has assigned ‘CARE-NP IPO Grade 4+’ to the proposed Initial Public Offering (IPO) of Madhya Bhotekoshi Jalavidhyut Company Limited (MBKJCL). The grade assigned to any individual issue represents a relative assessment of the ‘fundamentals of the issuer.

(NOTE: As per the company, the remaining license for the company is 27 years and 7 months)

How much to apply for?

When we observe the current scenario of Nepal’s capital market, investors have shown a high level of optimism, signaled by intense participation for the last few months. Almost all of the stocks have been trading significantly higher than they were before lockdown, regardless of the short-term fluctuations.

When we look at the current trend of public issues in the market, we see that more than 23-24 lakhs investors have been applying in recent issues. This is a huge number when compared to past data. Even if half of this number applies to the issue of Madhya Bhotekoshi Jaavidhyut Limited (MBJCL), the issue will be oversubscribed.