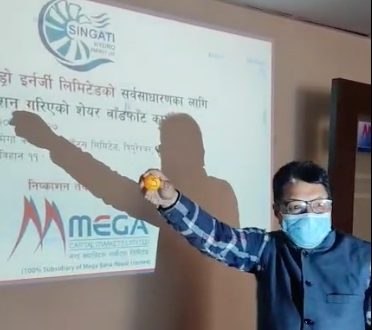 The IPO allotment of Singati Hydro Energy Limited is concluded today i.e. 2077/12/27 in the premises of issue manager Mega Capital Markets Limited.The issue had received applications from 15,59,802 valid applicants who had applied for a total of 2,27,68,260 units. The issue was oversubscribed by more than 8.47 times.

5,728 applicants who applied for 81,410 units were disqualified as per the issue manager.

The company manager thanked all applicants for putting their vote of confidence on the hydropower company. The IPO issue attracted the second-highest number of applicants as of the issue date.