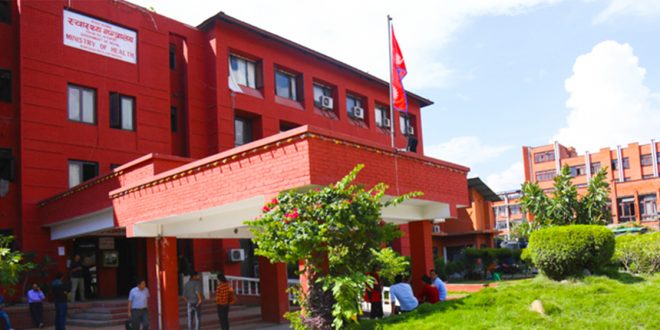 The Ministry of Health and Population has directed concerned authorities not to take the decision of allowing educational institutions to reopen in haste.

Local level governments that are entrusted with the responsibility to resume physical classes in schools should coordinate with health institutions before allowing educational institutions to resume, the MoHP concluded at a meeting with the COVID-19 Crisis Management Centre (CCMC) under the Ministry of Education, Science and Technology and various other stakeholders on Wednesday.

Educational institutions may reopen on the recommendations of the district CCMC after assessing the rate of infection at the local levels and by following the School Operation Framework-2077 issued by the Ministry of Education, said the health ministry’s spokesperson Dr Krishna Prasad Poudel.

School teachers, staff and students should get orientation on the virus. Arrangements for health tests and medical treatment for students should be made beforehand, he said. Educational institutions across the country that have been closed for a long time due to ongoing infection have decided to reopen physical classes from September 17 following a government decision.

The COVID-19 risks have not decreased despite the fact that the rate of infection has declined. “The situation is not the same with all local levels and there is not a situation to resume physical classes in schools. So, schools should resume only after their situation whether they can comply with the health protocols,” he said.