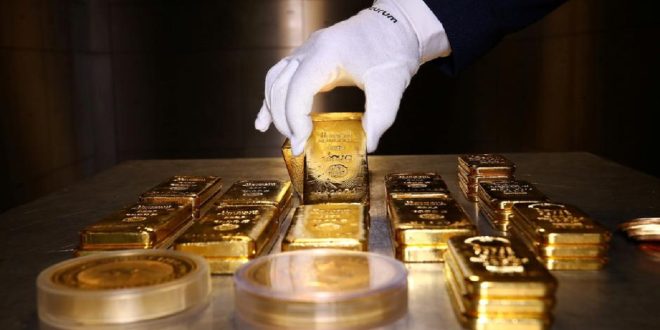 Issuing a public notice, the Department of Customs (DoC) said it will take stern action against the returnee migrant workers if they are found importing gold beyond the prescribed limit. “It has come to the notice that many outbound workers are importing raw gold in the name of the gold jewelries to evade the government taxes,” reads the DoC’s notice.

The government has suspected that the smugglers have been using migrant workers as transporters of gold while they return home from abroad. As per the law, the migrant workers are allowed to carry up to 50 grams of gold with them while returning from job destination countries. Importing any quantities beyond this limit is considered illegal.

Mainly, the migrant returnees from the Gulf countries are found involved in transporting gold. With a decline in threat of the coronavirus pandemic, the demand for gold has witnessed a whopping rise in the domestic market, according to the bullion traders.

The government has come up with the measure amid an increasing pressure on the country’s foreign currency reserves, which has been depleting lately mainly due to the fall in remittance earnings. The records of Nepal Rastra Bank show that remittance inflows in the country declined by 7.6 percent to Rs 239.32 billion in the first three months of the current fiscal year.