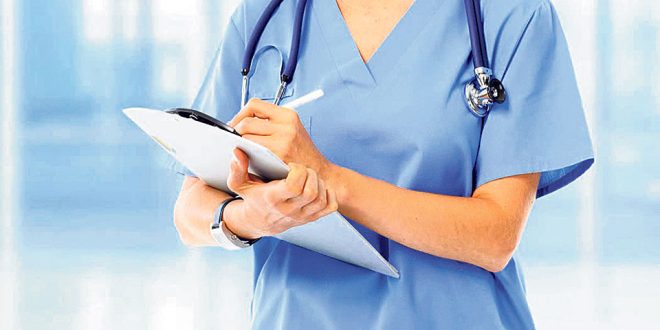 Govt initiating to send 10,000 nurses to the UK

KATHMANDU, Nov 22: The government has said it is initiating a process to send 10,000 nurses to the United Kingdom amid growing concerns about alternative employment opportunities in countries other than the Gulf and Malaysia.

Speaking at a program organized by the Foreign Employment Journalists Society, Secretary at the Ministry of Labour, Employment and Social Security, Surya Prasad Gautam said that an agreement to this effect is being initiated as the UK wanted to bring in staff nurses from Nepal. He said discussions are underway with the UK as to how to send nurses under a labor-friendly agreement.

Speaking on the occasion, Minister for Labour Krishna Kumar Shrestha said that the need of the hour was to find a new destination. Currently, about 90 percent of those who get a work permit go to the Gulf and Malaysia for employment. But the workers going to those countries have been subjected to extreme exploitation.

Experts have been suggesting that workers need to be sent to better destinations than the Gulf countries because of the exploitation of workers. Despite the government’s decision to send workers to 110 countries around the world, a small number of workers have so far gone to some good destination countries including South Korea.

The Department of Foreign Employment last month took a language test to send workers to Israel for employment. Israel is also seen as a good destination. Experts are raising the voice that even if the number is little Nepalis should be sent to good destinations.

Although a worker can easily earn more than Rs 100,000 a month when the person goes to a good destination country after learning certain skills, s/he has to settle for an average of Rs 30,000 to Rs 35,000 a month when s/he goes to a country where workers are neglected.

Minister Shrestha said that it is necessary to make a concrete decision about free visas and tickets. Even though the then Minister of State for Labor Tek Bahadur Gurung decided to provide free visas and tickets six years ago, the workers are still obliged to pay a large amount. After the decision of free visa and ticket, the manpower entrepreneurs have claimed that they have taken Rs 10,000 as service fee and have been giving receipts accordingly.

On the one hand, it is possible to claim only Rs 10,000 despite paying more amounts. On the other hand, manpower companies are evading income tax. “Manpower should not be in a position to earn millions and pay little taxes,” said Minister Shrestha.