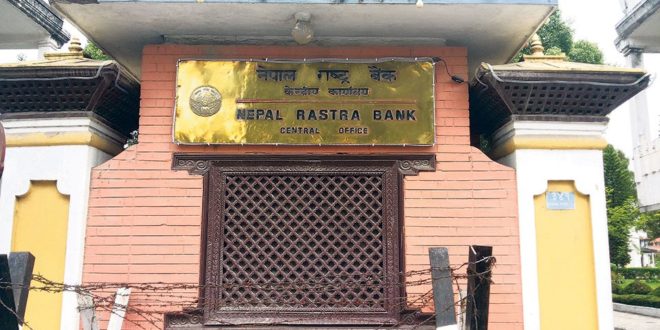 Governor Gets Power To Change Size Of The Refinancing Amount

First amendment of the Refinancing Procedure, 2020, has given special powers to the governor of the Nepal Rastra Bank (NRB) to make changes in the size of the refinancing provided to the banks and financial institution by the central bank and to the customers by the BFIs.

According to the Refinancing Procedure announced in July last year, the BFIs can ask the NRB for up to Rs. 50 million refinancing per client and the amount must not exceed 70 per cent of the total refinancing facility margin.

Likewise, BFIs could lend up to Rs. 200 million refinancing for each client but it should be just 20 per cent of the total eligibility. Similarly, microfinance companies could offer 10 per cent of such finances.
The first amendment to the procedures had allowed the governor to make changes in the ceiling of the refinancing according to the demand, need and rationality.

Likewise, the NRB has also included hydroelectricity projects up to 10 megawatt as the enterprise eligible for the special refinancing.

The central bank had announced the refinancing facility through the Monetary Policy for the Fiscal Year 2020/21 to help in the revival and rehabilitation of the enterprises severely affected by the COVID-19 pandemic. The facility has two options: one year for severely affected and six months for moderately affected enterprises.

However, such loan could be renewed as well.