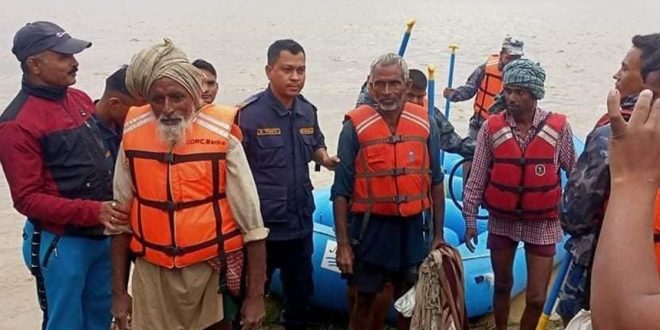 According to Rupan Gyawali, Information Management Officer at the District Emergency Operations Center, Banke, a team of Nepal Police and Armed Police Force rescued the locals after they received information that they were trapped in the river. The rescued people were 55-year-old Sokhat Nau, 45-year-old Sabbir Khan, 30-year-old Pramod Lonia and 60-year-old Nazir Khan.