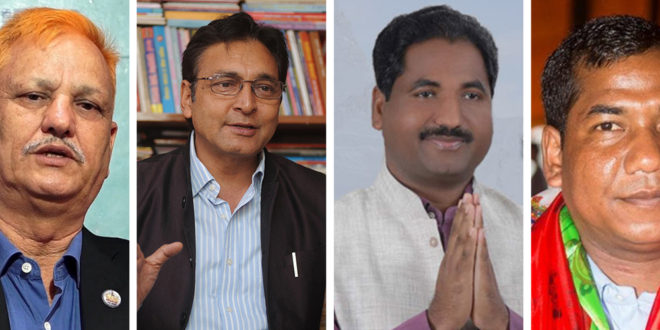 Four ministers in the Oli-led cabinet, who belonged to the CPN (Maoist Center), relieved of their position as lawmakers on Thursday.

Reading out a notice during today’s meeting of the House of Representatives, Speaker Agni Prasad Sapkota said that four ministers have been relieved of their position as lawmakers upon the recommendation of the CPN (Maoist Center).

However, Home Minister Ram Bahadur Thapa is still a lawmaker of the party in the National Assembly. The CPN (Maoist Center) has not made any decision as of now whether to scrap his position as lawmaker.

The four CPN (Maoist Center) leaders, however, can continue as ministers in the Oli-led cabinet for six more months. But, they should retain their post if they wish to continue more than that, according to existing laws.

Rayamajhi, Bhatta, Sah and Chaudhary did not return to the CPN (Maoist Center) even after the revival of their party in February this year. Instead, they decided to join the Oli-led CPN-UML, where they have been made central committee members.