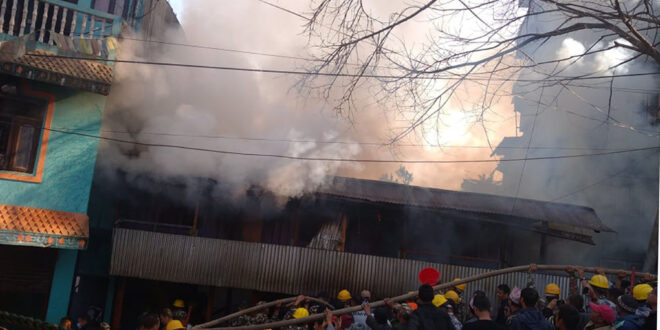 TAPLEJUNG, March 11: A fire has started at local Kopche in Phungling, the district headquarters of Taplejung. The fire broke out at 8AM today from a house at Kopche bazaar.

A house was gutted to fire and the firefighters and the security personnel are working to douse the fire, it is said. A fire engine from the Phungling Municipality has been deployed to bring the fire under control. Details of the incident are awaited.

This is the first case of the fire in this dry season in Phungling, where incidents of fire are recurring.