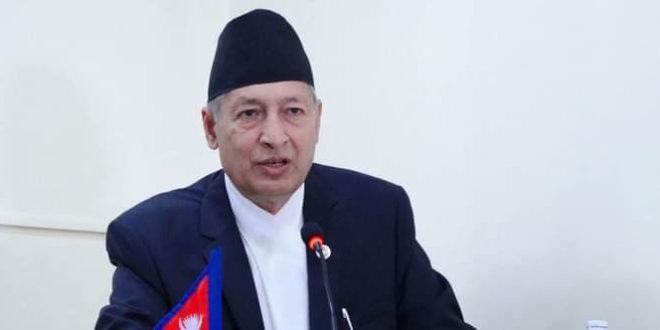 Finance Minister Yubaraj Khatiwada who was also looking after the Communication and Information Technology portfolio, has tendered his resignation today.

Minister Khatiwada on Friday submitted his resignation to Prime Minister KP Sharma Oli on Friday. The now former minister on expiration of his tenure as a member of the National Assembly on March 3 had resigned from his post. No less than 24 hours later, he was re-inducted into the cabinet for an additional term of six years stepping on the constitutional provision.

In a bid to continue as a minister, Khatiwada’s entry to the parliament within these six months was a prerequisite, which could not be met.

In a not so surprising turn of events, the ruling party decided on its vice-chair Bam Dev Gautam’s name for nomination to the National Assembly, which sent Khatiwada’s chances of reappointment crashing.