Home / Uncategorized / Due to the Snowfall tourist were stranded

Due to the Snowfall tourist were stranded 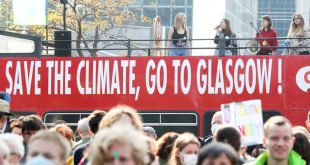 After the heavy snowfall in high altitude settlements of mountain districts and rain in other various places since Wednesday night have affected life nationwide.

Transportation of both airway and roadway has been disrupted in Humla, Mugu, Dolpa, Mustang, and Manang due to the snowfall. In Mustang, hundreds of domestic and foreign tourists have been stranded as flights to and from Jomsom, the district headquarters, were disrupted on Thursday as snow veiled the runway. Similarly, transportation along the Ghasa-Jomsom-Muktinath road section came to a standstill too.

“We have not received any human casualty so far. Domestic and foreign tourists have been stranded in various places in the district after the snowfall. Transportation along the Ghasa-Jomsom road is not possible, as it has been blanketed with snow,” said Mustang Police Chief Mahendra Khadka. He surmised that it would take a few more days to resume air services in Jomsom Airport.

Likewise, tourists have been stranded in the Ghodepani area of Myagdi district as well. “There is at least about two feet of snow in the area. And tourists visiting in the area have been stuck here,” Chitra Bahadur Pun of Ghodepani told the Post.