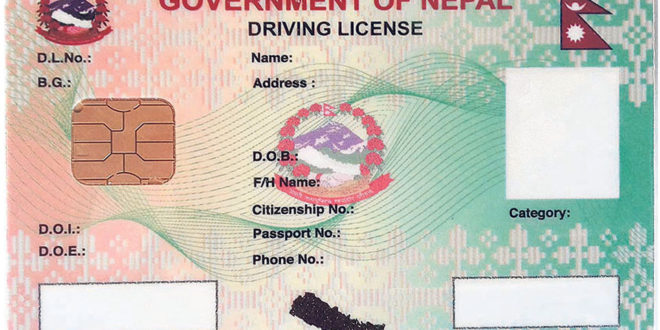 The Department of Transport Management has decided to resume renewal of driving licenses.

Issuing a public notice on Wednesday, the Transport Management Office, Ekantakuna announced that it will resume the service of renewal of driving licenses in the Kathmandu Valley from Sunday.

The decision to restart the service of renewing driving license comes in the wake of relaxation of three-week long lockdown imposed by local administrations in the Kathmandu Valley. Although the license renewal service will be resumed, other services including issuance of new license are still suspended.

The government has already decided to grant waiver of late fee or penalty for the delay in the renewal of the driving licenses that have expired during the lockdown period.

While the DoTM had reopened the renewal service in July after the lockdown was lifted, it suspended the service again in August due to the prohibitory orders issued by Chief District Officers of Kathmandu, Bhaktapur and Lalitpur amid a spike in COVID-19 cases.

While the DoTM has suspended the process to issue new driving licenses and renew old licenses, it has been able to print licenses that have remained on the backlog for a long time. During the lockdown for over five months, the department was able to clear all the backlog of license printing.

According to DoTM officials, it printed over a half million driving licenses during the lockdown. As the department suspended the service of the new license, it was able to print all licenses that were due for over six months. The department completed printing of all licenses by operating its printers in four shifts during the lockdown. However, it has not been able to distribute the license that it had printed due to the prohibitory orders that are still in place to restrict the movement and gathering of the public.

DoTM officials say that the public who have passed the trial for the license do not need to wait long to acquire their driving licenses after the lockdown is over. However, it is still not certain when the department will open the application for the new license due to the risk of coronavirus