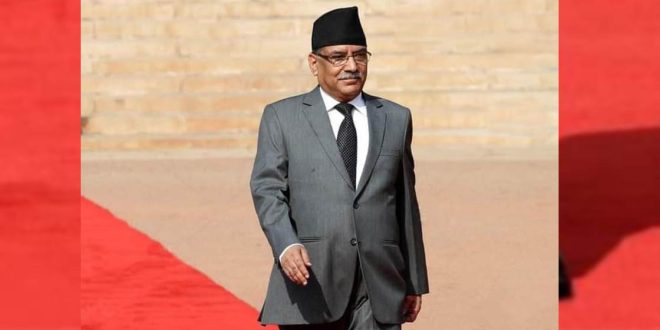 Development Debate for Prosperous Bharatpur under the leadership of Dahal

BHARATPUR, Nov 21: The Bharatpur Municipal Corporation (BMC) is going to hold a development debate for a prosperous Bharatpur in the presence of government ministers, secretaries and directors general of various departments, including members of the House of Representatives and CPN (Maoist Center) Chairman Pushpa Kamal Dahal.

Reviewing the development work done in the metropolis so far, the concerned ministers are going to express their commitment to the necessary infrastructure works to help bring prosperity to Bharatpur.

According to BMC Chief Renu Dahal, Minister for Energy Pampha Bhusal, Finance Minister Janardan Sharma, Minister for Culture, Tourism and Civil Aviation Prem Bahadur Ale and Minister of State Umesh Shrestha along with secretaries and director generals of the ministry will participate in the program. The development debate is scheduled to be held on Monday in the presence of all stakeholders in the district.

The stakeholders are of the opinion that the government should work on the Gautam Buddha International Cricket Stadium, which was started under the leadership of the Dhurmus-Suntali Foundation, and which has been halted due to financial problems. A detailed study report of the administrative building of the metropolis has also been prepared and the Ministry of Finance has been asked for a budget for it.

Programs such as speeding up the construction of the industrial zone in Shaktikhor, demanding the necessary budget for the development of the Narayani river bank as a tourist area, and completion of the ring road are being kept under discussion. Most of the metropolis falls in the constituency from where former Prime Minister and Chairperson of the CPN (Maoist Center) Pushpa Kamal Dahal has been elected.

Metropolitan Chief Dahal said that such programs have been effective before and it will help in the overall development of the district along with the metropolis.