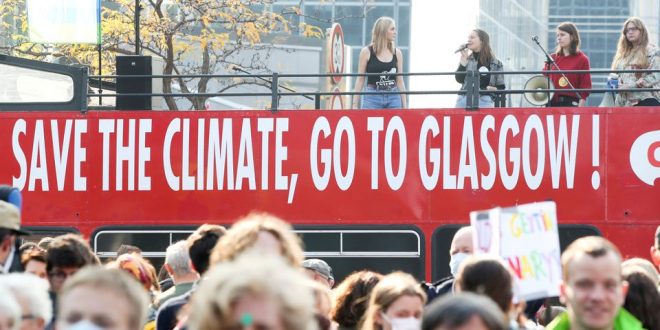 OTTAWA, Oct 26: Developed nations are set to be three years late meeting a pledge to commit a total of $500 billion to help poorer countries tackle climate change and realize this has damaged mutual trust, Alok Sharma, the president of the upcoming COP26 climate conference, said on Monday.

Rich nations vowed in 2009 to deliver $100 billion a year for five years from 2020. But a plan on how to do so, prepared by Canada and Germany ahead of the United Nations COP26 summit in Scotland, said the annual target would now not be met until 2023.

Climate finance is a crucial issue for the summit, which is aiming for more ambitious commitments from states to limit warming. Failure to meet the target is a symbol of broken past promises that complicate efforts to set goals for ramping up climate aid.

“Understandably, this has been a source of deep frustration for developing countries,” Sharma told a televised news conference. “The aim of putting this plan together has been to rebuild trust … countries will need to deliver on this.”

Canada and Germany said they expected significant progress to be made in 2022 and were confident the $100 billion annual goal would be met in 2023.

“The data also gives us confidence that we will likely be able to mobilize more than $100 billion per year thereafter,” they said in the 12-page plan, adding that the private sector had not come up with as much money as expected.

Environmental groups say $100 billion is not nearly enough. African nations believe the financing should be scaled up more than tenfold to $1.3 trillion per year by 2030, a key African climate negotiator told Reuters this month.

“The scale of the challenge with respect to both mitigation and adaptation is one that eventually will require trillions of dollars,” said Canadian Environment Minister Jonathan Wilkinson, one of the plan’s co-authors.

The private sector would do more, he said in a phone interview, because “many of these projects, particularly renewables projects, are becoming economic in their own right”.

The COP26 summit begins on Oct. 31 in the Scottish city of Glasgow.