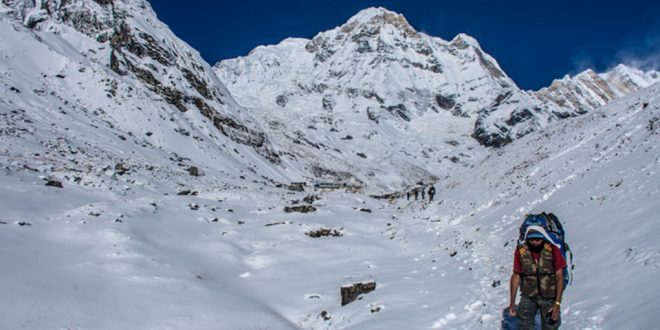 A Danish national who arrived here for scaling the Makalu peak died at Makalu Rural Municipality-2 of Sankhuwasabha.

Information Officer for the District Police Office, Subhesh Adhikari said that the dead one was identified as Henrik Thorbjorn Anderson. He had arrived here to scale the fifth highest peak of the world- Makalu. The District Police here added that he died just some meters above the base camp on Saturday afternoon.

An expedition of 10 persons including three foreigners had moved toward Makalu base camp via Taplejung on October 11.

Meanwhile, two foreigners and a Nepali tourist were rescued safely after they were caught in a blizzard. Both foreigners are Danish nationals. They were airlifted to safety on Sunday.

Similarly, efforts are underway to rescue six Nepalis trapped in snow at Makalu base camp, according to Niraj Karki, who reached Kathmandu after being rescued.

He further informed Republica that the body of the dead Danish national is still at the base camp.