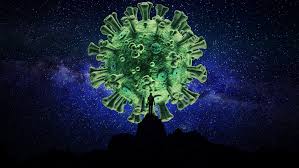 Many studies and experts have predicted that there is a strong possibility that the virus may find a suitable environment for its growth and spread as the mercury dips. Also, there are many who disagree with the seasonal logic.

the director of US National Institute of Allergy and Infectious Diseases, has warned that winter is a “perfect setup for an acceleration of respiratory borne diseases”.

“The United States is ‘facing a whole lot of trouble’ as coronavirus cases continue to surge across the country heading into the cold winter months,” the veteran infectious disease expert told CNBC.

In a similar vein, other studies also highlight the possibility of virus surge in winter., published last week, nature.com has detailed out the possibilities. “Infections caused by many respiratory viruses, including influenza and some corona viruses, swell in winter and drop in summer,” the article said.

“Researchers say it’s too early in the COVID-19 pandemic to say whether SARS-CoV-2 will become a seasonal virus. But growing evidence suggests that a small seasonal effect will probably contribute to bigger outbreaks in winter, on the basis of what is known about how the virus spreads and how people behave in colder months.”

Quoting Mauricio Santillana, a mathematician at Harvard Medical School, who models disease spread, the article adds, “The people will be interacting more often indoors in places with poor ventilation, which will increase the risk of transmission.”

According to the article, a study published on October 13 looked at the growth in SARS-CoV-2 infections in the first four months of the pandemic, before most countries introduced controls. It found that infections rose fastest in places with less UV light, and predicted that, without any interventions, cases would dip in summer and peak in winter. In winter, “the risk goes up, but you can still dramatically reduce your risk by good personal behavior,” the article quotes Cory Merow, an ecologist at the University of Connecticut, and a co-author of the study, as saying. “The weather is a small drop in the pan.”

As the coronavirus affects the respiratory system, it could behave similarly to other respiratory infections that witness a surge during winter.  Other known viruses, including the one that causes the common cold, are known to spread more easily in winter, as cold and dry conditions help them survive longer in tiny droplets which are expelled when people cough or sneeze.

Prakash Ghimire, a professor of Microbiology at Tribhuvan University, says winter will accelerate virus growth and spread. “It is a common phenomenon that an increase of humidity and fall in temperature favors the growth of many viruses including the coronavirus,” he argues.

“The death rate of influenza is five percent and the coronavirus death rate is 1-3 percent. If both the pathogens are coupled together, there is an additional risk,” Ghimire argued.

In Nepal, there is no definite prediction on the relation of winter and spread of the coronavirus. However, infectious disease experts predict a possibility. “As COVID-19 first appeared in December, there are ample reasons that the winter may help to increase the COVID-19 cases,” says Dr Sher Bahadur Pun, a researcher and doctor at Sukraraj Tropical and Infectious Diseases Hospital, Teku.

However, he cautions that one should be careful while making predictions on the basis of studies done in the western countries. Unlike in the west, where air conditioning is the way of life during winter, it’s still a luxury in Nepal.

“The cultural realm of Nepal and the west is different. We spend many times outside during winter while the westerners stay inside. So predicting the spread of the virus on the basis of the western settings may not represent the Nepali context,” Dr Pun said.

Come winter, experts recommend a change in our behavior. Gone are the days of assembling before traditional hearth and heater to ward-off cold, they suggest.

“We should maximize our staying outside for sunlight during daytime. During evening and night, we should avoid crowding around the fireplace and heaters,” Professor Ghimire suggests. Also, the cold may deter people to constantly handwash, which is one of the key measures of controlling the virus.

Winter is also considered a difficult season for some people; the poor who lack the proper clothing to get warm, and people with certain illnesses. According to John Hopkins University cold, flu and other respiratory illnesses are more common in colder months. According to hopkinsmedicine.org, “People are indoors more often, allowing viruses to pass more easily from one person to another. And the cold, dry air may weaken resistance,”

“These facilities are not adequately warm; and under such conditions the infected would face difficulties,” argues Dr Pun.

However, there are many who say that the cold weather’s effect on coronavirus remains largely unknown. Dr. Michael Ryan, executive director of the World Health Organization’s Health Emergencies Programme, is less sure there would be a visible impact of corona cases as temperature changes. “This virus has demonstrated no seasonal pattern as such so far,” he said during an August 10 news conference.

Various studies have concluded that long-term exposure to air pollution could be linked with an increase in deaths from COVID-19.

A Harvard University study shows that an increase of only one microgram per cubic metre in PM 2.5 – dangerous tiny pollutants in the air – is associated with an eight percent increase in the COVID-19 death rate.

Another study by scientists at UK’s University of Cambridge also found a link between the severity of COVID-19 infection and long-term exposure to air pollutants, including nitrogen oxides and ground-level ozone from car exhaust fumes or burning of fossil fuels.

Another landmark study has concluded that long-term exposure to air pollution could be linked to 15% of global deaths from COVID-19. Researchers combined health and disease figures with data about global exposure to particulate matter in the air.

In Nepal, the winter generally sees a sharp rise in pollution. Kathmandu normally witnesses higher pollution levels, thanks to the vehicular emission, outdoor burnings and forest fire in the surrounding hills. According to the State of Global Air Report-2020,  released last week, a total of 42,100 people died in 2019 in Nepal due to air pollution that includes both outdoor and indoor pollution.