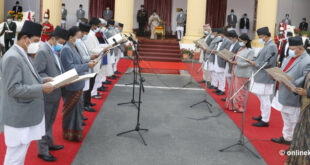 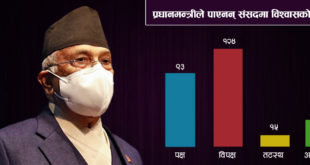 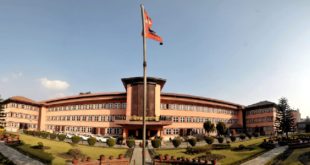 KATHMANDU, March 26: A central committee meeting of the Madhav Kumar Nepal-led faction of the Communist Party of Nepal-Unified Marxist Leninist (CPN-UML) is currently underway in Kathmandu to chalk out its strategy amid heightened dispute within the ruling party owing to a factional feud.

The meeting began at a party venue in the capital. According to the faction leaders, the meeting will discuss how to face the “growing hegemony” of the Oli-led faction in the changed context.

The meeting will also discuss whether to join the parliamentary party meeting of the party called by Chairperson KP Sharma Oli at 3PM today. Some leaders including Surendra Pandey and Yogesh Bhattarai are in favor of joining the meeting and present their standpoint before the party leadership while others are not willing to participate in the meeting.

Ahead of the parliamentary party meeting of the party called by Chairperson Oli, parliamentarians belonging to the Nepal-led faction are holding their faction’s meeting this afternoon. Central committee members (CCMs) who are available in Kathmandu are attending the meeting.

We have not offered anyone to become PM: Oli

KATHMANDU, March 5: Prime Minister KP Oli has said that they have not asked anyone ...