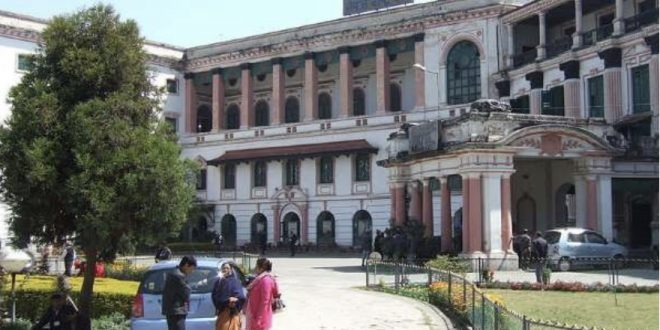 Banks and financial institutions are now prohibited from issuing random notices to debtors who have not repaid their loans.

Banks and financial institutions will now be able to issue a public notice for loan recovery only after six months of non-recovery of loans. The central bank made such an arrangement by issuing a unified guideline to BFIs today. For the recovery of a loan that has been in circulation for a period of more than one year, at least six months should have elapsed before the unveiling of public notice and collateral auction proceedings.

NRB has also made it mandatory for BFIs to keep 20 percent of the amount accounted for in the ‘Statement of Other Comprehensive Income’ in the reserve fund. Only the remaining 80 percent will then be available for distribution.

Provision has also been made prohibiting a shareholder or representative to vote in any discussion in the general meeting regarding the accountability of the work they have done, missed to do, wrongly done, or done with self-interest.

NRB has tightened the rules to open extension counters. The approval of NRB has been made mandatory to open extension counters in Kathmandu Valley and Kathmandu Metropolitan City. The central bank has also added further restrictions while opening a liaison office. Opening liaison offices in Karnali and Far Western Provinces does not require the central bank’s approval. In the rest of the states, approval will have to be obtained from NRB. Furthermore, liaison offices will not be allowed to collect deposits and forward loans.

Provision has been made for not giving any type of loan at any rate below the base rate. Earlier, the interest rate on loans to the impoverished was lower than the base rate.

Additionally, banks and financial institutions are now able to close accounts with zero balance that have not been operational for the past 10 years by publishing a public notice.

Furthermore, NRB has also given relief regarding bonds via the new directive. From now on, if a bond is issued such that it contributes to resource mobilization, there is no need to deposit money in the payment fund. Earlier, it had to be deposited proportionally. NRB has provided the facility to perceive the bonds issued by microfinance institutions as poor class loans.

According to the new provision, the difference in interest rates on different types of savings accounts cannot be more than 2 percentage points. Furthermore, no bank or financial institution will be allowed to give gifts to customers for the purpose of deposit collection and business expansion. Lately, banks and financial institutions have been offering various gifts to financial customers in the name of raising deposits when liquidity in the banking system was uneasy. Now it is forbidden to do so. As such, BFIs will not be allowed to run any kind of gift / lottery / competition/prize program.

Similarly, banks and financial institutions will not be allowed to provide any type of financial services unilaterally without the permission of the customer. If any service fee is charged for such services provided without the permission of the customer, an additional 10 percent will have to be credited to the customer’s account. This provision is expected to stop the wrong practice of charging fees by banks and financial institutions under various headings.