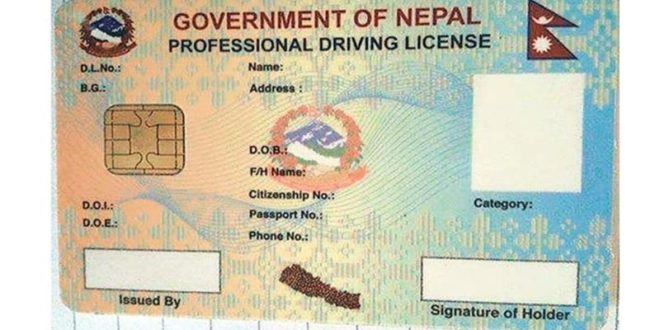 Number of individuals registering application for new driving license has exceeded 500,000. Service recipients have filled up forms through transport management offices across the country to attend examination for driving license.

The government had adjourned the task of receiving applications for new driving license since mid-March last year due to COVID-19 fear. Department’s Information Officer Dr Loknath Bhusal said the flow was high as application process for the license was held for a hiatus of 10 months before.

He more added that arrangement has been made in a way to enable applicants to register their applications during 24 hours and all seven days. “The service recipients can submit application for license in their suitable time”.

Earlier, the Department had opened up online registration of application in the certain time. It was difficult for the service recipients to fill up the forms at once due to over subscription.

According to Spokesperson Dr Bhusal ,Trouble in submitting application has been removed right now. “Complaints on difficulty in registering application for license have gradually come down”.

The application for new driving license was opened up since mid-December 2020 in coordination between the office under the Province government and the department under the federal government.