Home / Business / Agreement between Nepal Tourism Board and India’s TAAI 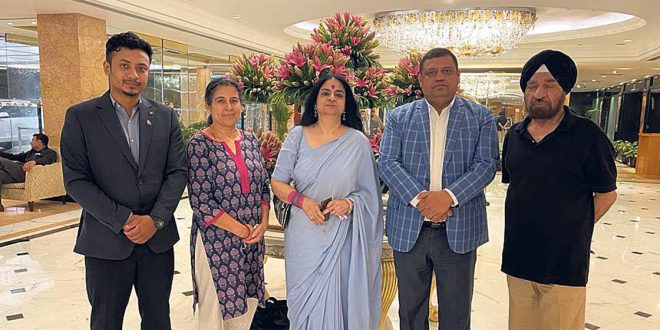 Agreement between Nepal Tourism Board and India’s TAAI

Nepal Tourism Board (NTB) and the Travel Agents Association of India (TAAI) have signed an agreement to promote tourism in both the countries.

The agreement was signed in New Delhi by Dhananjay Regmi, executive chief of the NTB, and Jyoti Mayal, chairman of TAAI. According to the agreement, NTB and TAAI will cooperate in tourism promotion events, road shows, webinars and other events, as well as invite national and regional events and travel marts to be organized in both the countries.

“As India is a major tourism market source for Nepal, the agreement will help promote Nepal’s tourism,” said Regmi. He said that exchanging good practices of tourism promotion would help in the promotion of tourism in both the countries.