Home / Business / Daily Summary: NEPSE Index Down 1.41%, Which Stocks Moved the Market and Why? 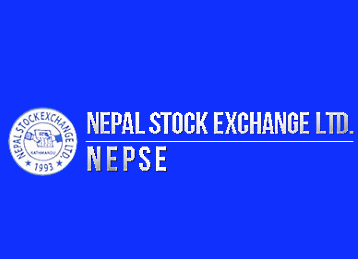 Daily Summary: NEPSE Index Down 1.41%, Which Stocks Moved the Market and Why? 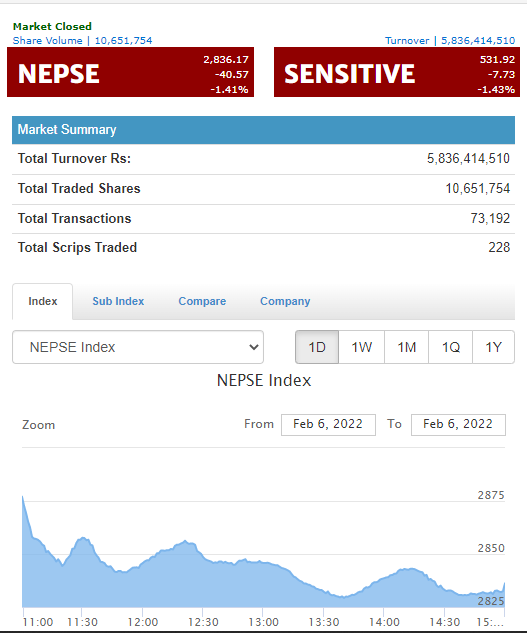 Arun Valley Hydropower Development Company Limited (AHPC) had the highest turnover of Rs. 54.49 crores closing at a market price of Rs. 599 per share. Its shares were also traded the most. AHPC is selling the shares of Arun Kabeli Power Limited (AKPL) worth more than Rs. 1 Arba. According to its 2nd quarterly report, AHPC has around Rs. 47 crores worth of borrowings and payables. This sale may enable it to pay back the due amount and establish a strong financial position. 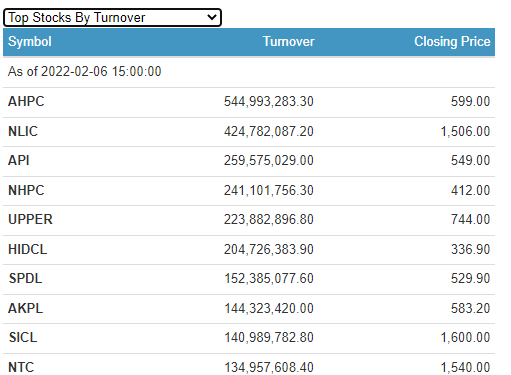 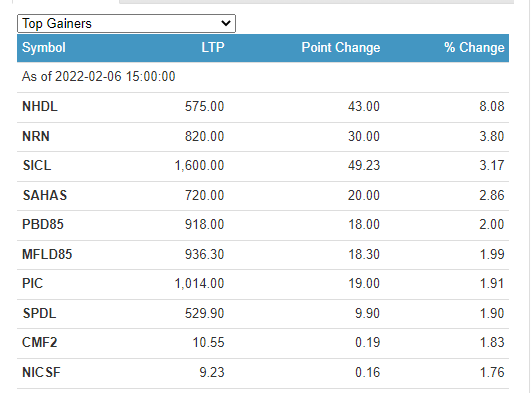 Meanwhile, Wean Nepal Laghubitta Bittiya Sanstha Limited (WNLB) lost the highest 10% and hit the negative circuit breaker. This is the IPO rookie’s first red day after being listed in NEPSE. Today’s loss indicates likely exhaustion of initial bullish aggression that almost all IPO rookies witness. WNLB has closed at Rs. 1,763.3 after reaching the high of Rs. 2,090. 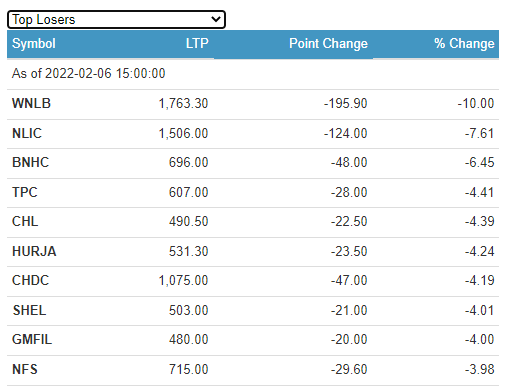 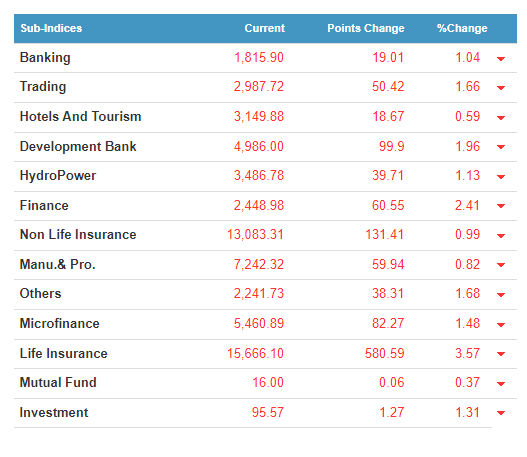