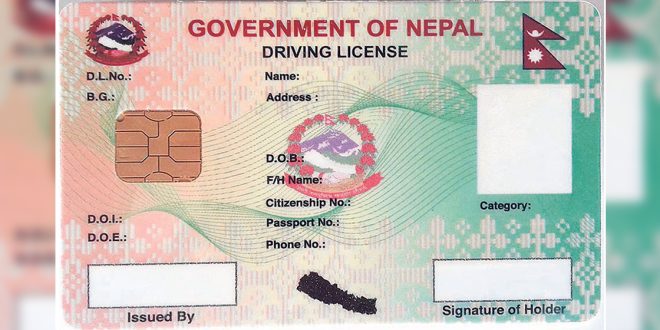 KATHMANDU, Nov 15: The number of people applying for driving licenses, which resumed after a hiatus of several months, has reached nearly 400,000 in just three weeks. The Department of Transport Management (DoTM) reopened the application on October 25.

According to DoTM,  a large number of applications have been received in a short time as there has been a disruption in the distribution of driving licenses since two years ago. Loknath Bhusal, information officer at the DoTM, said the number of applicants before the service was resumed was about 200,000 but now that number has reached around 600,000.

Although the application was reopened in the third week of October, it was closed in four days owing to a technical problem. Bhusal said that there was a problem when many service recipients tried to fill the application at the same time.

Even last year, service seekers had faced problems as they were not able to fill the forms online when the DoTM resumed its service. The DoTM has stated that there is no problem now as the capacity of the software has been increased keeping in view of the flow of new applications. “We have not received any complaints regarding the submission of online forms after we updated the software,” said Bhusal.