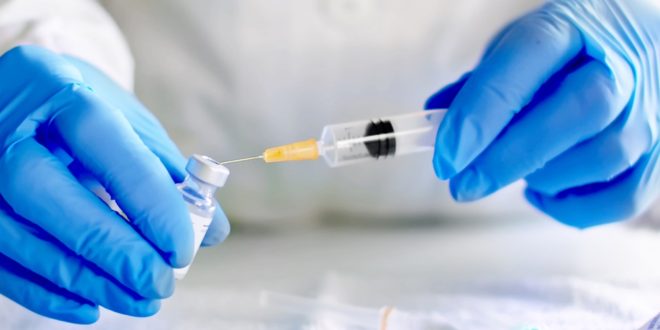 The Ministry of Health and Population decided to provide the surplus COVID-19 vaccines from the first phase to the media persons, employees of the UN agencies and dependents of foreign employees and employees of embassies and diplomatic missions.

According to Dr. Jhalak Gautam, Chief of Child Health and Vaccine Department at the Department of Health,  On the second day today, 320 journalists got vaccinated.

Again Dr. Gautam said that on Monday, 226 journalists and eight employees of the UN agencies were vaccinated.

Similarly, 17 employees of the embassies and diplomatic missions and dependents of foreign employees reached the Teaching Hospital, Maharajgunj while no one visited Sahid Gangalal Hospital, Bansbari, to get the vaccine today also.
Although plans were made to vaccinate the people aged above 55 years, as they fall in higher risk group of COVID-19, the ministry twisted its plan as no adequate dose of vaccine was left for the elderly population.

The government had planned to vaccinate around 430,000 frontline health workers in the first phase. As the number of people getting vaccinated is less than 200,000, the remaining doses of vaccines would not be adequate for the people aged above 55 years,” said Dr. Gautam, adding that the elderly citizens would get the jab as soon as the additional vaccines arrive in the country.

The ministry has planned to inoculate the ‘Covishield’ provided by the Indian government under the grant assistance to as many as 300,000 frontline journalists, diplomats and government employees.
The MoHP has decided to vaccinate journalists at Civil Services Hospital, Min Bhawan; the employees of the UN agencies and dependents of foreign employees at Patan Hospital, Lalitpur; and employees of embassies and diplomatic missions and dependents of foreign employees at Teaching Hospital, Maharajgunj and Sahid Gangalal Hospital, Bansbari, for five days, until Friday starting from Monday.