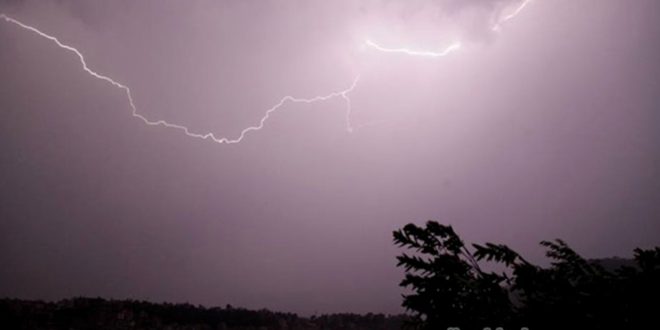 3 killed in lightning incidents across Nepal

At least three deaths have been reported from different districts of Nepal due to lightning on Thursday and Friday.

Two other girls are injured in Tehrathum whereas one woman in Taplejung and one woman in Baglung, according to the authority. They are undergoing treatment at various health facilities in the respective districts.

2021-04-16
Share
Previous US to withdraw all troops from Afghanistan by Sept. 11
Next IPO allotment of Ru Ru Jalbidhyut Limited concludes; lucky 37,916 investors get 10 units each