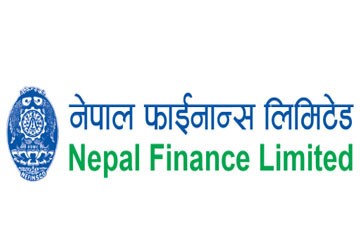 Nepal Finance Limited (NFS) has received the regulatory board SEBON’s approval to issue the right shares.

Prabhu Capital has been appointed the issue manager. The application was submitted to SEBON on Karik 01. SEBON approved the issue on Chaitra 08.

The company unveiled its second-quarter report for the fiscal year 2078/79 with impressive business volume. NFS saw a 164.59% growth in loans and advances while the deposit to customers grew by 74.30% compared to the corresponding quarter of the previous year. The company reported a Net Profit of Rs. 3.32 crores in the second quarter while the Net Interest Income stood at Rs. 3.34 crores.

The higher profit margin was due to the reversal of loans worth Rs. 2.42 crores during the quarter.

As per the report, the Non-performing Loan (NPL) of the company has declined to 19.03% in the second quarter from 41.07% in the corresponding quarter of the previous year.

As per the management, they have been focusing on reviving themselves from the utilization of excess liquidity to bring about a positive impact on its profitability while also recovering their previous non-performing assets in the upcoming quarters.